Return to the stove!

I’ve known this saying since I was a small child, in the sense of ‘returning to where we began’. But where does it originate from and what does it have to do with the stove?

While researching the wonders and the still undiscovered parts of the surrounding world, we oftentimes become doubtful, lose our way or even get completely stuck. In this case, the only way we can move forward again is if we first return to where we began from and face the challenges all over again, starting from the beginning. And the beginning is the Creator God himself.

But why is it so important to be able to see more clearly when it comes to the origins? Because when the foundation is shaken, the whole house gets damaged. When we push the first piece of a chain of dominos, it will knock over the rest of the pieces, one after the other. If the materialistic evolution is really true, it rewrites the Bible-based fundamentals of theology and our creed. 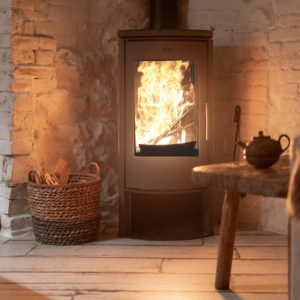 For instance, what do you believe in when citing The Apostles’ Creed – ‘I believe in a God, Almighty Father, Creator of heaven and earth’? And continuing from sentence to sentence until this: ‘I believe … the forgiveness of sins, the resurrection of the body and life everlasting’. If you got confused, return to the stove!

And how likely is all this? As likely as much you want it to be. The reason why we started the Creation Project and the Magazine is to be able to provide you with a panel that helps you in this research and in seeking the truth. Follow us, read and study the materials! Those who have ears, hear it! Those who seek, find.

From father to son

Ignite the fire in family stove again! Fight for your marriage, your children and your home!

Nowadays, when strong forces tear at the institution of family, the stove has another message, too.
An ancient tradition has been broken: many children grow up without their father/mother telling their son/daughter the things that only a parent cantell, heart to heart.

We let others form our children’s opinions. We’re on the run, we’re frustrated, we’re estranged and we give up on our dreams. 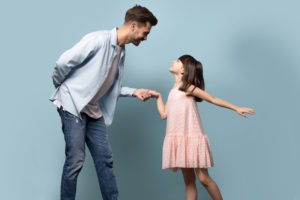 Did you recognize yourself? If so, ignite the fire in family stove again! Fight for your marriage, your children and your home! Open your heart to your children! Teach them the values of God, the faith in Jesus Christ, diligence, integrity, honor, pragmatism, courage and to respect the elderly.

Our love for God and the cohesive force of the family unit are able to keep the whole world on the right path. Restart the tradition: gather wisdom from the heroes before you and pass it on to the next generation. This is what Creation Magazine represents. Be inspired by it! You should teach them the waltz – at home!