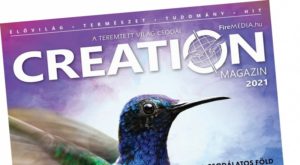 In the info dumping age of the 21st century, anyone can become an independent news source in addition to the well-known channels. So many fake news appear, that we’re suspicious from the get-go. It’s OK to want to make sure if they are correct before we believe them. However, it’s contradictory that we fall for many unchecked pieces of news, meanwhile doubt others even if they were written by Herodotus himself. What would it take for us to believe someone, even if we weren’t able to check if their statement was true or not? First of all we need to know the person really well, or his life, his work and writings, that prove his truthfulness.

But there are certain truths that we will never be able to explain and yet, we will be assured of them

If Jesus really is who he says he is, than he himself is the guarantee and the answer to everything, therefore it’s advisable to seek him out, to get to know him and to examine the accuracy of the Scriptures, the Bible. It actually is Jesus’ letter to us. The authenticity of its words and its fidelity staying unchanged is undisputed. Much less documented ancient sources like Caesar, Plato, Aristotle or Tacitus are generally accepted.* The Bible’s contribution to the world’s history, geography and different branches of art is astounding. The inner context and outside proofs (historical resources, archeological finds etc.) all reaffirm its trustworthiness, still for some mysterious reasons so few are handling it accordingly. Could it be because it sheds light on the lost cause of the sinful humankind? At the same time it provides the solution, too: Believe in the Lord Jesus Christ who will free you from your sins!

It’s written in the Gospel of John (chapter 20), that Thomas stated he would not believe Jesus had risen from the dead and was alive until he experiences this reality with his own senses: ‘until I see… until I touch’. And as he genuinely wished for this convincement, Jesus made his wish come true.

So it’s reasonable for us to want to search for scientific proofs and convictions for the purpose of building our faith on the proper ground. But there are certain truths that we will never be able to explain and yet, we will be assured of them. On this level we are able to comprehend Jesus’ words to Thomas: ‘Because you have seen me, you have believed, blessed are those who have not seen and yet they have believed.’ (John 20:29, NIV)

Journey into the future

At funerals we often hear comforting phrases like: ‘After the hardships of his life he finally is at rest’, or ‘We are not saying goodbye forever, we’ll meet again at the resurrection’. These are either the biggest lies of our lives or the biggest truths and means.
You may be standing with dignity by the coffin, silently observing the departed’s memory but inside you’re upset because of what the priest says about the imagined eternal life, just to ‘ease the pain of the bereaved’. The truth is, no matter if you’re an atheist, a sceptic or a believer, if you’re not a 100% certain in your heart of your salvation (that you’ll spend your eternal life in Heaven) the closer you get to your own death, the following questions become more and more burning and frightening: 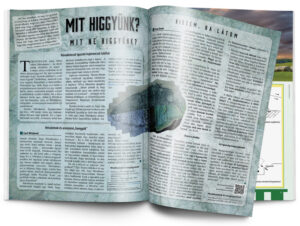 – Do we really have to stand before God and give account for our lives on Earth?
– Will He accept us only if we’re friends with Jesus Christ? Isn’t it enough to be compassionate, kind, to go to church, to do good deeds or to practice one’s religion faithfully?
– Is it all over after our death or will our spirit live forever? Will our body be resurrected one day and united with our spirit?
– Is Heaven and Hell for real? Is not everyone going to rest after their death?

The Bible has the answers to all these questions. But can we trust the Bible? It’s richness of topics and reliability considering the past is convincing on both science’s and history’s side. What makes it even more special among other religions’ holy books is the fact that it ‘takes the chance’, namely, it makes predictions about the future. Most of its chapters contain predictions that have come true since they had been written. All these should motivate us to seriously consider what the Bible says about the approaching of the end of times in the world’s history and what it says regarding eternal life.

The truth will set you free

Sometimes we choose to believe in lies in order to avoid disappointment and pain. When someone dies and the person wasn’t ready to meet with God, you can’t help them anymore. But you should believe in the truth, even if it hurts, because it will save you! Believe in the word of God! He, who created you, loves you as much as a good father does and paid with his own life for your sins, so that you have eternal life in heaven!

What should we believe? What should we not believe? was the title originally of the set of writings in the Hungarian Creation Magazin 2021. This article of Ficsor’s followed ‘Shipwreck discovery vindicates Herodotus’ – the second article in the section ’Focus’ of Creation 42(1) – and ‘Warrior women and golden ants’ found as reference within the above-mentioned article.