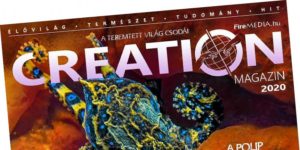 Or what do I do with creation and evolution?

For some, evolution is considered as a matter of course, and they are surprised that certain researchers, everyday people and this magazine itself has a different point of view.

Others are brought up to believe in the Bible’s teachings but never really studied the world’s scientific proofs. They’re clinging onto their faith by doctrines and they don’t dare to test the truth of the Bible.

And then there are those, who are trying to find the common ground in between the two. 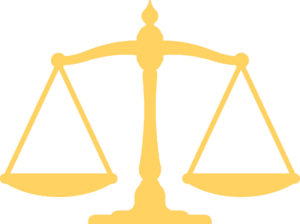 But most of us agree on one thing, we are trying to avoid confrontation. However, it is an essential question, do we dare to test our faith and conviction? The only true conviction is the one that will withstand the test of query and honest examination. It has always been those people, the ones who made the world move forward, who were curious enough to do research and were willing to try their opinions and as a result their personal beliefs strengthened to a point where they were ready to take a stand for it – even amidst today’s communication trends.

The goal of the Creation Magazine is to provide the tools for this inquiring research, to those who are willing to take on the challenge.

But what about the everyday people who only received a general education?

For most of us are not biologists or historians. So then why should we care about evolution?

Because evolution is so much more than just biology. There’s a whole ideology system built around this concept

Because evolution is so much more than just biology. There’s a whole ideology system built around this concept, fundamentally defining our whole life, the way we think and even the social fabric of our lives. The Big Bang theory and other related topics have a significant impact on how most people relate to God, saying, if everything that exists today – so to say – came to be by itself, it’s possible that there is no God after all. And this is a far-reaching sentence.

If there’s no God who gave us life, there’s no one to give it back to. If we don’t need to appear before the judgement seat of God, there’s no need to keep on the straight and narrow. If the first sentence of the Bible (which says that God created the heaven and the earth) is not true, then the rest is not true either, so we don’t have to adjust our social standards according to this. From here on, those liberal behavioral patterns and laws that are gaining popularity become more and more comprehensible and acceptable, however, some believe this undermines the cornerstones of strong nations’ and generations’ life and future. If there’s no God, there’s no higher authority. This causes the world to hurdle toward chaotic conditions. So, who’s right? We all should look for the answer in our hearts.

God created everything and sustains everything! May this approach permeate our everyday lives

But if evolution is a scientifically proven fact, why should we care about creation and the Bible?

There are still a lot of people who ‘actually know’ that the Big Bang theory and evolutionary studies are backed by science. It is suggested by the mainstream media, nature documentaries, books and even children’s stories and tales. Some expressions are built into our everyday phrases and today terms – for instance the expression ‘all living beings developed’ is totally considered as a matter of course. But just because of this, it is not a proven scientific point of view.

So, what should we do with the ideology of creation and evolution?

We need to gather more information to be able to understand them better, this way we can form a well-established opinion. This is the only way to build solid faith and conviction.

Let’s make it a matter of course that God created everything and sustains everything! May this approach permeate our everyday lives, official announcements, the scientific works, the quality movies and our religious lives! So, let’s prepare this way!